Top 10 Animation Companies For Your Business
In India

Before starting with the list of top animation companies in India it is important to know what animation is and why it is gaining so much attention lately among various companies and the general masses.

The word animation is often coupled with words like liveliness, vivacity, the condition of being alive. As described in Cambridge Dictionary animation refers to “moving images created from drawings, models, etc. that are photographed or created by computer” or “animation is also a process by which animated movie, esp. a cartoon, is made from drawings done by hand or by a computer.” Simply put animation is a process by which objects are made by hand or not and are given an illusion of movement. Animation combined with graphics is the most promising subject in the field of multimedia. A person who creates an animation is called an animator and he uses various computer technologies to give a moving effect to the pictures/ images collected in the desired way.

Animation Studios And Companies In India

Across the world, there are many animation studios located where the act of making animated projects are performed, famous being The Walt Disney and Warner Bros. In India as an emerging field, animation studios are less in number. The animation industry has grown with manifold pace in India and offers many job opportunities for aspiring candidates. In India, the main types of animations done are 2D, 3D Animation and VFX. Top animators in India have successfully been able to produce excellent pieces of animation which are at par with the foreign animators and their way of working. With the growing support of the government and the workforce, this field is arousing paramount interest among the masses.

To motivate and expose raw talent awards like Annual Graphics and Animation Films Awards (AGAFA) where awards are given for best graphics, animation with purpose among many other honors. Various competitions and contests are being organized by various firms to raise awareness among masses and encourage them to be a part of the animation world. A step to give voice and a chance to the budding animators has been taken by Maya Academy Of Advanced Cinematics which was established in 2001 and providing courses on animation and other associated fields.

The top 10 leading animation companies and studios for one’s business in India are:
1

Digitoonz stands for Digital Cartoons. It is a Noida based animation studio that was established in the year 2009. It provides world-class animation services. Digitoonz has a global presence. They worked on various Television series and feature films. Digitoonz is the company that is ready for the reinvention of the 2D cartoons. The company is a successful one in this genre and has made quite an effort to make a development in the sections of the Indian cartoon world. The company makes movies and shows for the kids and the content is appropriate for them. The channel is sensitive to the content as it is for the children. It is quite well known. Digitoonz also has another company called Digitoonz Interactive whose prime focus is Gaming development. The content developed by the Digitoonz is broadcasted in various major kids channels of USA, Middle East, Latin America, Europe, and the UK.

Established in the year 2012, Focus Animation Studio is located in Noida. Its services include 2 Dimension and 3 Dimension (2D and 3D) animation, Ariel Survey, Gaming, Marketing videos, Corporate live shoot. They handle digital design, animation brand development, print, and graphic designs. Most of the works fine by this company has focused on the use of nine real elements in the animations. As a result, it is a hot favorite of most children. Virtual reality and game development also include in their services. They have a team of skilled and talented artists, they can handle diverse projects and can work in the 24*7 atmosphere. The internship offers of focus animation studio are great as well. They are the ones who offer jobs to the budding talents in the field of animation.

This company focuses on developing animated content that explains about business ideas, concepts. A Delhi-NCR based company, their services include mobile application demi, 2D motion graphics video, and promotional video services. This company is specialized in the making of animation videos. They have also made some commendable works in the short animated films and also provide some good internship programs for those who are interested in the future work about the picnic. It is ranked five out of five by sulekha groups in the field of animation. Some of the films made by them are really worth being in film festivals.
4

An animation studio providing services like business promotional videos, 2D and 3D animation, marketing and many more. These involve the major groups like the hat of Disney and other companies like a 20th-century fox and many others. They are the ones who are the best in this field. They have a franchise in India as well and have started to make developments in this area. We can hope to observe some major development in the field of animation in India.
5

As the name suggests, this company provides promotional videos that are small but has a huge impact on the viewers watching it. They provide services for small and big business ventures which include explainer, whiteboard, corporate, YouTube bumper, landing page, and infographic page videos. These videos are the best ones for the purpose of advertisement films. The company is well versed in the development of these films. The ad films include several sections of society. 75 seconds is a trustable company for the making of ad films.
6

A technology-driven animation company which was initially named as Gyan Era Learning Solutions Private Limited in 2010. CG (Computer Generated) animation, Toon series, short movie production. The main work of this organization is to provide electronic-based education to all the students. They launched many amazing products for students which were a huge success. This company is well known for its approach towards the field of animation by their out of the box thoughts. The Prismart Productions are also well known for the internship offers they provide to the Youngblood for the newer ideas about animated films.
7

Located in Delhi, Digimonks deals in designing 2D animation, book designing, eLearning, and graphic services too. They also provide with children book designing, stories, rhymes, and songs. This is a famous company for the making of learning videos for several companies as well. The Digimonks group has been well known for their achievements in the genre of the technical video. The headquarters are located in New Delhi.
8

An award-winning company providing full services like VFX (Visual Effects), 2D and 3D animation. Many leading brands like Coca Cola, Nestle, Minute Maid, WHO (World Health Organization) worked with Citrus Ink Studios for their company promotions. In the coming future, the company is going to work on films and Television series. This company resides in Delhi.
9

A Harayana based animation company, its specialized features include an end to end solutions for business that includes Application development, Bespoke software development, brand promotions, video, and content marketing. Bespoke software is easy to use the software as it is completely under the control of the user. It is expensive and is also called tailor-made software/custom software. The software used by this company is quite advanced and this calls for the success of this company. The success lies in the field of advanced technology which is the relevant criteria of this field.
10

Pixeledge is an independent company providing 3D animation and motion graphics production. This company supplies high end, animated alchemy for television, music, advertisements, games, and web. Storyboarding, brand logo animations are other services being provided by Pixeledge. The exquisite works made by this company have gained the success of this company. One can only call the animation works of this company as magic. Pixeledge is the one that demands attention for its branding work as well.

Some of the other popular animation studios in India include Campion Software, Vfx India, Prismart, Animation Boss, Media Pulse Tech, Pitch Worx, Vibgyor 360, Ocean Blue, Best Studio, Cosmos- Maya, Reliance Animation, Citrus Inc Studios, Visual Connections, Prayan Animation, Digitoonz. Another honorable mention should be made of Crest Communication which although does not operate in the mainstream animation industry now had made some significant contribution to the industry. They had entered the animation world in the year 1990and had clients both in the US as well as the UK. Some of its works include “Jakers: The adventures of Piggley- Winks” which won an Emmy in the year 2002. They have also produced Sylvester and the Magic Pebble.

However, the animation industry is dry and incomplete without its animators who are the real heroes working hard to actually produce the desired result which people love and appreciate. Some of the great Indian animators are Ram Mohan. He is also known as the father of Indian animation. Others include Rajiv Chilaka, Kireet Khurana, Gitanjali Rao, Ishu Patel, Manik Sarkar, etc. Another company Nipuna Services has made a big impact on the animation industry. This company located in Chennai has made big commitments with foreign companies. Some important projects include New Zealand theme parks and even the animatronics dog which featured in Animal’s Planet’s series K9 to 11. Some of its important tie-ups are New Zealand and the UK.

Animation industry has a great scope in future and also in India where it is slowly gaining pace in terms of resources, manpower, and awareness and it is also getting support and acceptability among masses who are exploiting this field like never before to make as many innovations as possible through this field which has a great potential in-store. The only thing holding back the animation industry’s growth is the lack of adequate resources and skilled professionals but as mentioned earlier as well, both governments and industries are taking concrete steps to increase its role in the animation industry by developing great training and software developing facilities. The gaming industry is aiming big with this development in the animation field as it is widely dependent on it.

Simultaneously the job prospect for animation has increased because of its increasing role in the entertainment and gaming industry. It has got a good grip on movies, television, and other allied industries. Hence if one examines carefully animation is one of the most lucrative and demanding career options emerging gradually. The animation industry is growing by leaps and bounds due to the emergence of new startups and firms with new business ideas, products, and market strategies. These firms are trying to convey their ideas to the general public and what can be a better means than animation to do so. Animation companies hence profit from making what these firms desire and hence comes the role business in animation. Money worth millions and billions is incurred by making animated videos for business.

There are companies that are labeled as animated movie companies, cartoon companies, video animation companies, and animator companies based on the specialized services they deliver. Animation and other forms of multimedia are a totally new thing for industries and people in India. As a developing nation, the country is trying to expand and exploit positively various areas of development. Hence it will take time to totally get acquainted with the new and the country is already achieving great milestones in the process. 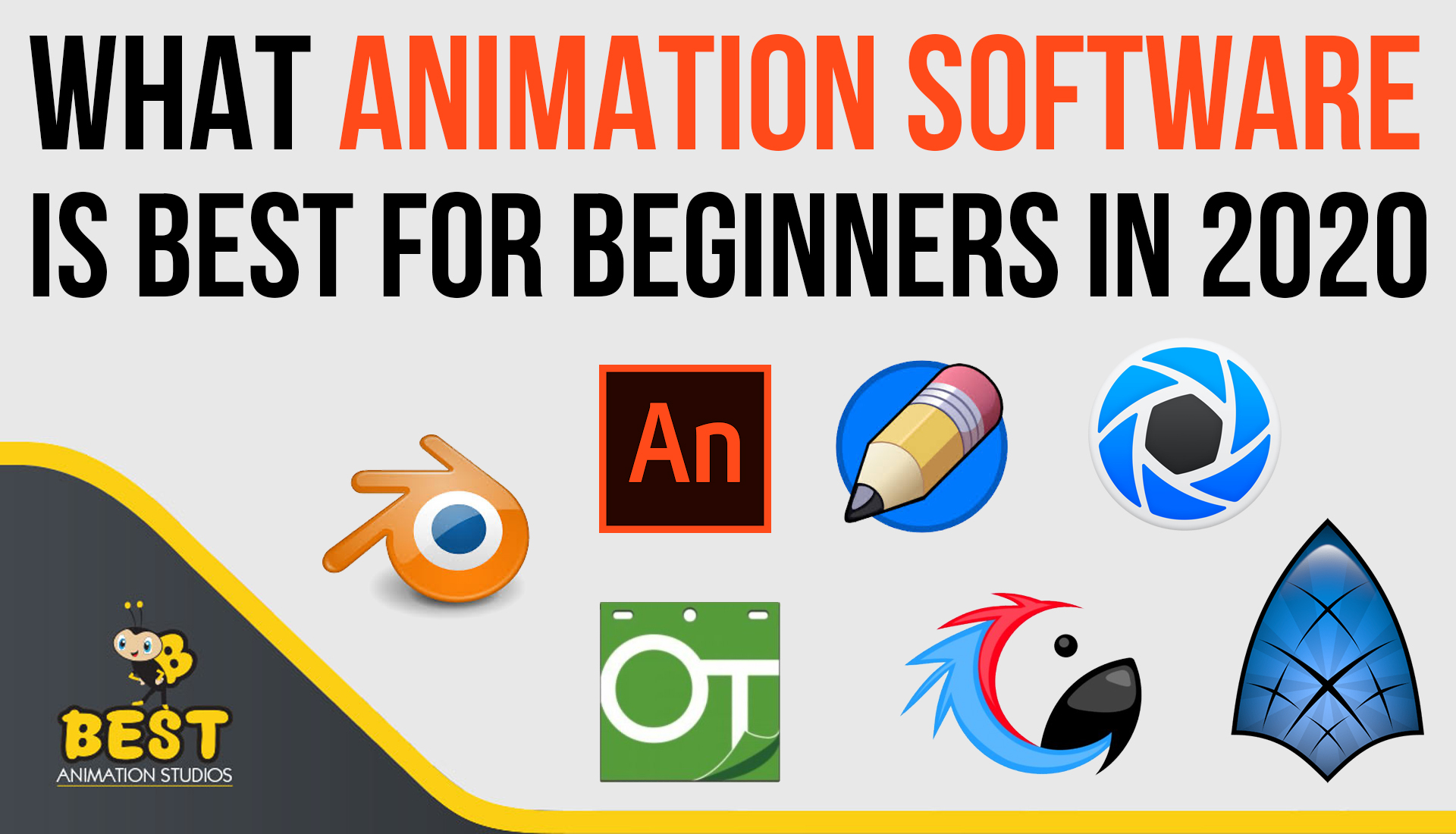 Generally best animation companies are very dynamic in nature, they don’t focus on making stronghold for 2D as well as 3D..

Animation in education are helping students today in learning everything, from e-learning videos to instructional... 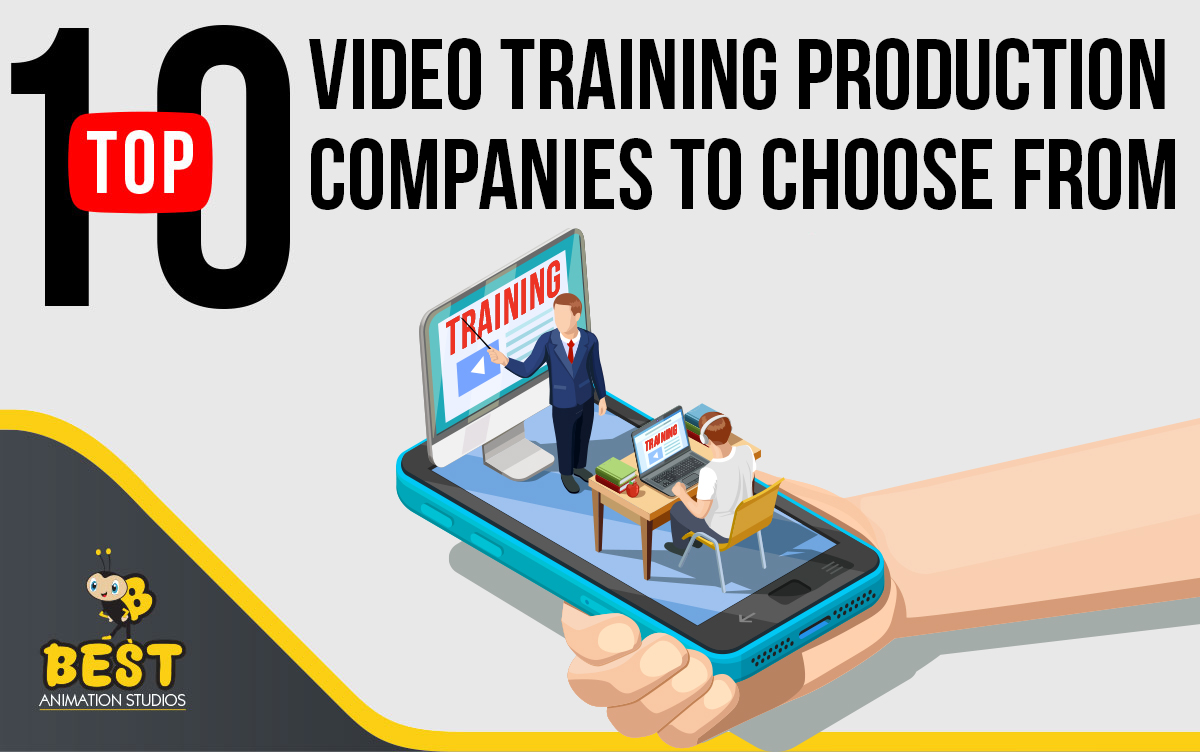 Video as an emphasizing tool has been on rise since e-learning showed its benefits in accessibility and reduction in production costs... 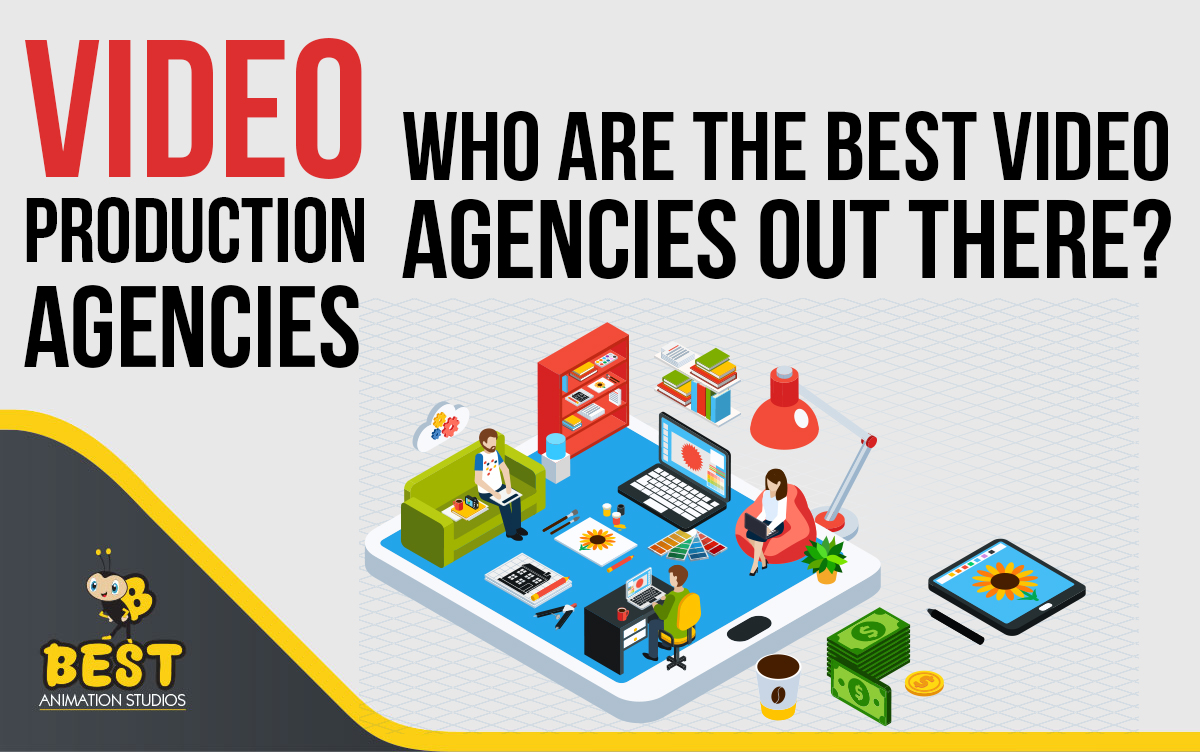 30 April 2020 | by Saba Samdani VIDEO PRODUCTION AGENCIES: WHO ARE THE BEST VIDEO AGENCIES OUT THERE?

Its 21st century and the business has moved from promoting brands/products by television, radio, classified newspaper to online platforms...